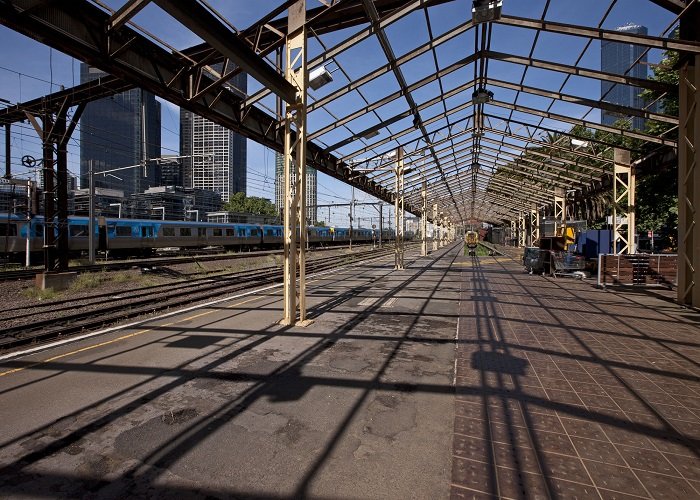 The terminus was signaled open by the Lt. Governor Charles Hotham in September 1854. The region witnessed running of the first steam engine from Port Melbourne to Sandrige Bridge. The length of Flinders railway station sets in the mind of filmmakers to shoot action and climax sequence for the movies here.

The 30-meter-long platform was later developed with the addition of two more platforms. The placement of telegraph service at the end corner of the two platforms gives a traditional look to the station. The Flinders railways station holds 14 platforms that connect different places of the Melbourne city.

The clock placed exactly under the dome of the main entry gate at the station showcases the departure time of the next running trains. A railway officer is designated to operate the clocks for 8-hours regularly. The original clocks are kept in store as they were removed for innovation work in the year 1983.